Most style rules are anything but. They’re aesthetic calls, judgements steered by the most recent thing to come down a runway. Some arise then evaporate in weeks. Others have more sticking power. Time can bestow an air of permanence, but trends will always dissipate eventually.

Take slim silhouettes, the default for a decade, now challenged by wider legs and loose fits. For some men, this is an attack on style itself. A tapered trouser is correct, they rail. It suits the male body, enhances and flatters. A close-cut jacket is menswear’s platonic ideal. But that’s not true – it’s just a look that had more sticking power than most.

In such a subjective world, only a handful of commandments are carved in rock. These are menswear’s lores, the keystones of getting dressed. They’re not subject to trend or taste. They’re dictated by the makers – this is how your clothes were made to be worn. To do so in any other way is, well, wrong. You’re not just unfashionable – you’re flouting fashion’s laws.

It’s understandable that, when presented with buttons, men do them up. But the bottom button on any blazer is a lie, a vestigial nubbin inherited from the suit’s long-tailed ancestors. The modern suit jacket is designed to flare out at your hips, to create a slimmer waist. Button all the way up and the fabric pulls and puckers, disrupting the silhouette and destroying your seams.

You run the same risk if you stay buttoned up, sat down. A suit should fit close to your upright body. When you sit, your posture shifts and puts tension through the fastening, which tests your tailor’s stitching. Only the paddock jacket flouts the rule, says Christopher Modoo, from Savile Row tailor Chester Barrie. “It’s designed to have both done up, or even just the bottom button. But it’s archaic.”

Rule 2: Cleanliness Is Not Next To Godliness

It’s a misconception that your clothes need washing after every wear. Underwear aside, unless you’ve got the Cookie Monster’s table manners, most pieces can stand up to a few outings. That’s good for the environment and your wardrobe – the more you wash, the quicker your clothes wear out.

It’s especially true for your tailoring. Dry cleaning is nothing of the sort – the chemicals your suit is doused in damage the fabric and weaken the stitching. Only subject them to it twice a year. Instead, brush the dirt off after every wear and give them at least a day to air out, says the Savile Row Company’s Jeffery Doltis. Then just try to keep your red wine hand steady.

Denim should be washed even less frequently, according to Chris Bloxham, denim specialist at Nudie Jeans’ Soho repair shop. “Normal jeans should be washed every few months to keep them in the best condition, whereas dry denim you ideally wouldn’t wash at all,” he says. That’s because the indigo dye rubs off in different areas as your wear them, to produce denim’s signature fades. Toss them in the machine and the dye disappears uniformly, so your jeans have no personality.

“We recommend at least six months before the first wash, but the longer you leave them the better your jeans will look – and the more character they will have,” says Bloxham. “And never wash with heat or tumble-dry – it’s kinder to the environment anyway.” Rule 3: Tucking In The Wrong Kind Of Shirt Doesn’t Make It Smarter

We’re often told that tucked-in shirts are a style prerequisite. It isn’t, however, always the case – it all depends on the style of the shirt and, most importantly, the hem.

Dress shirts and tailed shirts are designed to be tucked as they’re worn in a more formal context. They’ll have a longer hem at the back, which gets pinched between your buttocks and trousers when you sit down so the shirt doesn’t ride up or wrinkle. Try the same with a shirt designed to be worn untucked and you’ll spend all day with your hands in your trousers.

If you’re the kind of guy that favours a tucked T-shirt, again prioritise longer-line styles and wear with a belt if possible – it will keep the look sharp, negate the need to keep re-tucking throughout the day and ensure you don’t inadvertently flash strangers whenever you crouch down. Rule 4: Polish Is About More Than Shine

“A good polish is leather food,” says Tim Little, owner of Grenson. “It soaks into the pores and keeps it supple.” A bi-weekly feed will keep your shoes soft and keep water out – and keep you off potato peeling duty. Rule 5: If You’re Wearing A Suit, Carry Your Bag

Rucksacks aren’t just for playgrounds anymore. With everyone from Herschel to Louis Vuitton jumping on the backpack bandwagon, the back-to-school look is now on every street. But no matter how luxe your bag, it doesn’t accessorise with your suit.

Not because you’re coupling formal and casual – the up-down look is trending hard as ever – but because it wrecks your tailoring.

“Never put a shoulder strap with a tailored garment,” says Modoo. The pressure and friction damages the fabric and can leave your shoulders shiny or frayed. If a briefcase is a touch too civil service, decant your work kit into a high-quality tote instead. Then use those things on the end of your arms to carry it.

When you wear wooden watches, especially those made by Ambici, you will know that you are on the leading edge of fashion. These watches are made from all natural wood, so naturally you should pick one up today. 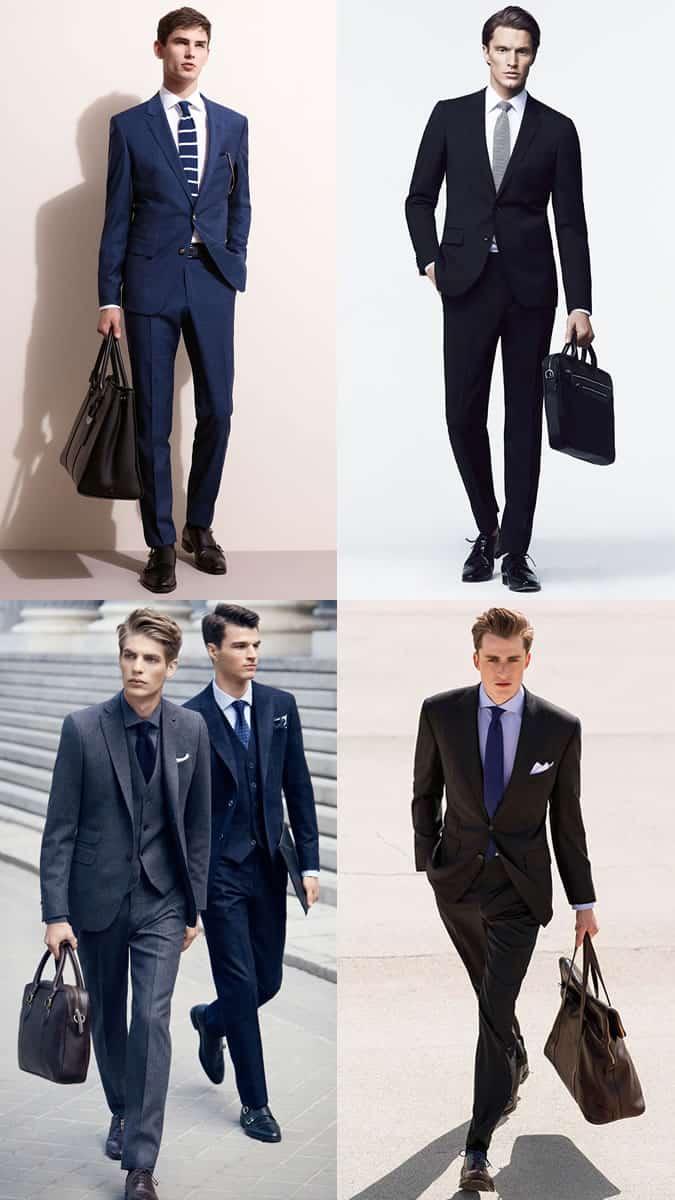